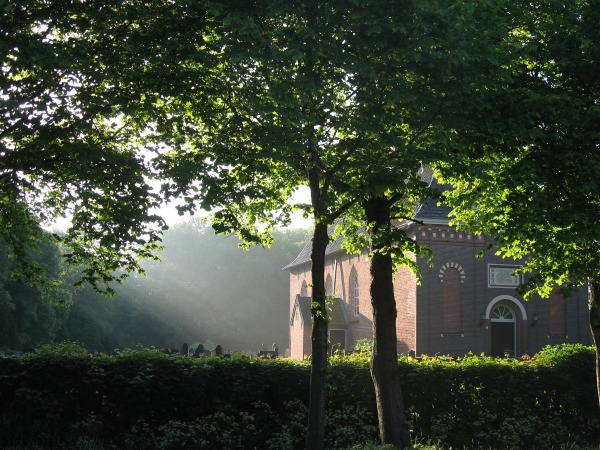 In 1659, after a part of the Dollard was reclaimed, a settlement emerged that was known as Scheemderhamrik. A new Reformed congregation separated from Scheemda. Nieuw Scheemda was born and the building of a new church commenced immediately. It was completed in 1661 and even furnished with a clock; the face of the clock is on the roof turret. The interior has a beamed ceiling and is simple and harmonious. All the furnishings, including the staircase, date back to the time the church was built. Next to the pulpit, on the east wall, hangs a whip that was used to chase dogs out of the church.
With the exception of Christmas and special occasions, services are no longer held in the church. The Protestant congregation Eexta-Nieuw Scheemda now goes to church in Scheemda.