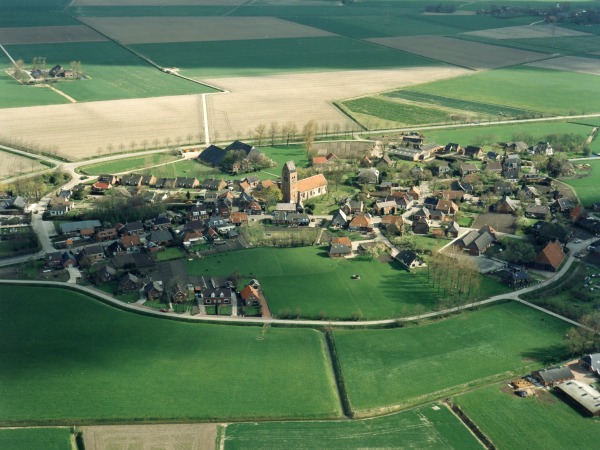 The church was originally made of tuff stone in circa 1100 AD. A few centuries later it was extended towards the west. A brick extension followed in the 13th century. The five-sided choir was added in the 14th century. The tower was also constructed in stages: built in 1200, it was heightened in 1554 and renovated in 1714 and 1885. The pointed arch windows date from the 16th century.
The interior has some beautiful paintings: the melon domes are decorated with pictures of animals, Bible stories and saints with their associated paraphernalia, such as St. Catherine with the wheel and St. Pancras with his sword.
The church is a venue for weddings and receptions and seats 150 people.