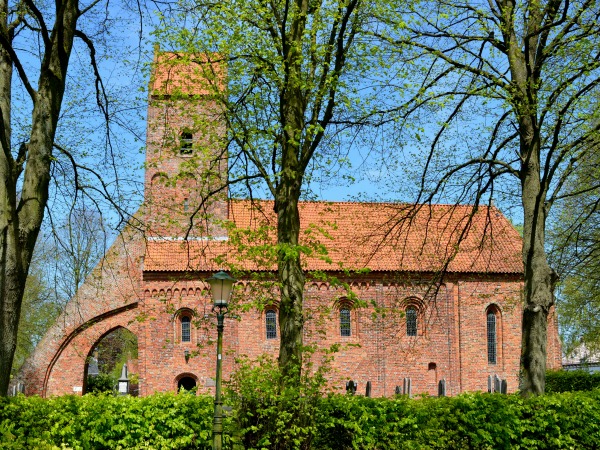 The exterior of the church with decorative blind arcading is mainly Romanesque. The interior with dome vaults and imitation brick is Late Romanesque. This 13th century church was built during the transitional period in church architecture between Romanesque and Late Romanesque. The vaults are decorated with depictions of Christ, Catherine with the wheel, Sebastian (the 3rd century martyr after whom the church was named) and Mary with child. For centuries these murals remained hidden under a layer of whitewash until they emerged during restorations.
The previous owner of the church, the Protestant congregation Bierum-Holwierde-Krewerd, uses the church regularly and hopes to continue doing so in the future. Weddings and funerals are also held here.